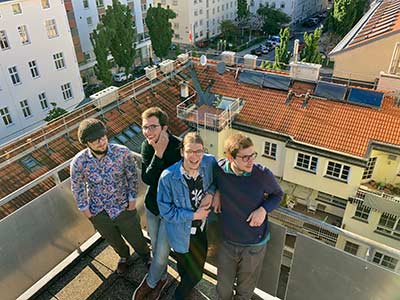 The local and guitarist Jure Pišek, who has already performed at the Arsana festival, brought the Fridas Jazz Quartet to Ptuj this time. The quartet is represented by three Slovenians and a Catalan, who recently started studying jazz in Vienna. They will present jazz compositions in their unique performances. The quartet will be joined by singer Katarina Samobor, who recently graduated from KGBL, majoring in Jazz Singing, and is now continuing her studies abroad.

Andrej Vilčnik and Ida Harc are a young guitar duo from Maribor. They are united by their love of sweet melancholic melodies and creative lyrical texts, through which they attempt to immortalise life’s pivotal moments. Andrej is also establishing himself as an independent musician. At the recent KantFest, the audience awarded him the title VOX POPULI of the festival. Their intimacy and sincerity will be a smooth overture to a warm July summer night. 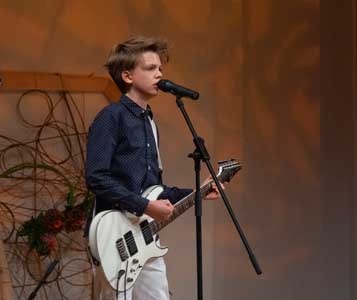 For Janez Ivačič, music has been a part of his life since early childhood. He has participated in many music competitions and festivals in Slovenia and abroad. Last year, he won the Grand Prix at the FENS International Festival in Koper. He is currently preparing material for his first album, for which he has written all the lyrics and music himself. He has performed as a solo vocalist on various occasions and collaborated with numerous musicians and bands such as New York Voices, Ditka, En Big Band, etc. 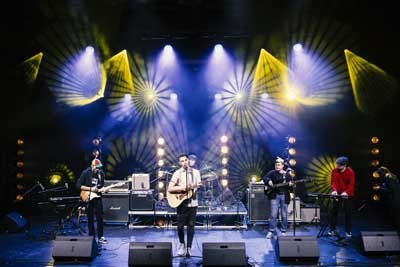 Originally, the name LPS of this five-piece band from Celje stood for lepi-pametni-sposobni (meaning pretty-smart-capable). Now the meaning behind the name is decided by each of us individually, as long as we indulge in “LPS-que” frequencies and let our imagination run free. The group was formed in 2018, merely one day before their first performance. In 2019, they won the Centrovizija school music competition. They are characterized by convincing, somewhat dreamy vocals, and innovative interpretations of commercial hits. 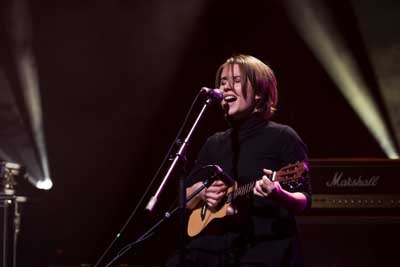 A versatile, gifted high school student working under the stage name MYA, Mia Rebec is a representative of the fresh wave of Slovenian pop music. Although she is quite proficient at violin and ukulele, she feels most at home behind a piano. She is currently learning recording, performing and enrolled in two schools at the same time – she is a student at the Poljane Grammar School as well as at the Conservatory of Music and Ballet Ljubljana, studying jazz piano. 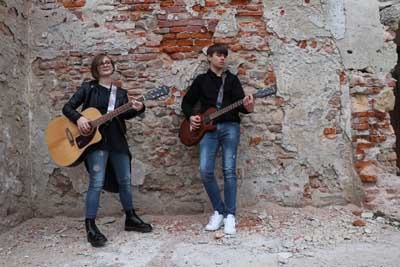 The young band Re-Punk, founded by Nik Krajnc and Živa Antonič, will be performing many famous songs from the world of popular and rock music. They will be joined on stage by young musical guests, including Pia Krajnc and Matic Dakić.

Friški pir is a young band consisting of members from Ptuj and the surrounding area, who have been on the scene for almost three years. Though playing mostly rock and blues, they do experiment with other genres as well. And though their line-up changes from time to time, those who believe that rock is not yet dead remain! 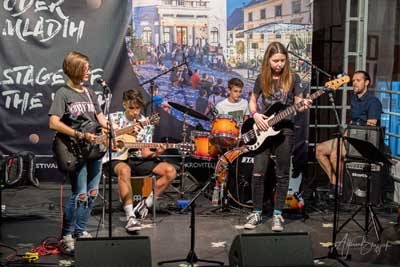 The summer singing schools organised by the Arsana vocal school and the Instrumental.ko music school are attended by young aspiring musicians from Ptuj and the surrounding area. The students will perform a diverse programme comprising current and evergreen hits from the world of pop and rock as well as Slovenian song music.

Even at her young age, Dora Šandor has already authored no less than 24 original compositions. A vocalist, instrumentalist, lyricist, and composer, she became a finalist at sanremoJunior, the oldest song competition for soloist singers, under the mentorship of Gal Gjurin. She draws creative inspiration from her love of nature, sports and animals.